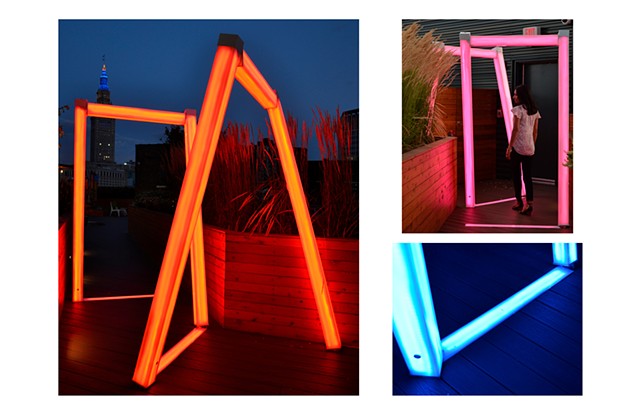 Scott Goss is a interdisciplinary artist whose work explores various mediums including public art, sculpture, installations, and glass. Scott has completed numerous public art projects and commissions, including an interactive illuminated sculpture for Worthington Yards Apartments in downtown Cleveland, a gateway project for the city of Shaker Heights, OH, a viewing platform for the Cleveland Conventions Bureau, and a glass panel project for Summa Hospital in Akron, OH. He received his BFA from the Cleveland Institute of Art in 2006 and his MFA from Kent State University in 2014. His work has been exhibited nationally and is represented by galleries in Akron, Cleveland, Columbus, and Pittsburgh. His work and research have additionally been supported through grants by the Ohio Arts Council, Harpo Foundation and Kent State University. Currently Scott is a Lecturer of Foundations at the Cleveland Institute of Art.